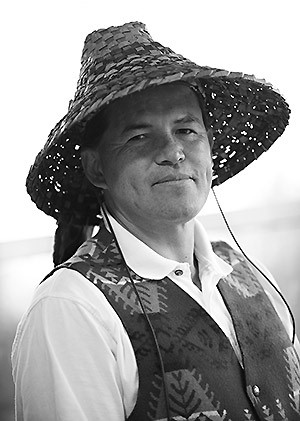 Chairman Cladoosby has served many in either an elected or appointed role at all levels of government and organization at the international, national, regional and local level. He has always strived to give to Native Americans and find pathways for all to live together.  His compassion and integrity is what lead to his election to serve for two terms as the 21st and 22nd President of the National Congress of American Indians.

Chairman Cladoosby is one of our most senior tribal political leaders in Washington State and the Pacific Northwest and his experience is reflected in his numerous commitments.  He is the President of the Association of Washington Tribes, Executive Board member of the Washington Gaming Association, past President of the Affiliated Tribes of Northwest Indians, and is continually active in tribal and state politics. On an international basis he is the Co-Speaker of the Coast Salish Gathering, which comprises 66 British Columbia First Nations and Western Washington Tribes.

In 2011 at the Reservation Economic Summit & American Indian Business Trade Fair, Chairman Cladoosby was awarded the American Indian Tribal Leader Award for his exceptional achievements. Each year this award honors an outstanding leader who supports American Indian business and economic development endeavors in tribal communities. He not only invests his commitment to a viable national economy, but for the past 30 years the Swinomish Tribe has help build the local economy. Based on EDASC reports, the Swinomish Tribe is the largest government employee in the County with over 995 employees, with numerous vendors and contractors within this area. It is with the Tribes leadership and investment to grow the Skagit economy together with businesses, that the Rotary Club of La Conner, honored Brian Cladoosby with a Paul Harris Award for his commitment to all of communities.

Chairman Cladoosby has served two terms on the Secretary of Health and Human Services Tribal Advisory Committee (STAC). The Secretary’s Tribal Advisory Committee continue to focus on key issues such as upholding federal trust responsibility to provide health care services. Currently he serves on Washington’s Group Health Foundation Board where is focus is to provide equality for all who call this wonderful place home.  He is proud to work with health care leaders to achieve health equity would mean that all Washingtonians have fair and equal opportunities to lead healthy, productive lives regardless of race, ethnicity, income, or where we live.

With love for the Skagit, the Tribe made a vital investment to the Skagit is the investment in the healing of the opioid crisis for the entire valley. In 2017, the Swinomish Tribe opened up the didgwalic Wellness Center, knowing that our communities are connected, the opioid epidemic does not stop at a county line, or the city limits, or the Reservation Boundary. After much consideration, Swinomish has decided to fully fund an expansion of our Wellness Services.