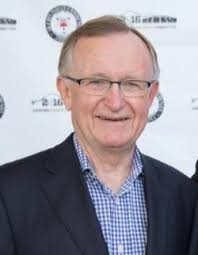 Bruce Skinner is a highly regarded consultant to business and the special events industry, with vast experience, currently serving as the Executive Director of the Washington Festivals and Events Association.

He served as the executive director of the Fiesta Bowl in Phoenix, Arizona, (1980-1990) and President of the International Festivals and Events Association (1990-2001).

He is the author of the book, The Complete Guide to Selling Event Sponsorship, published by John Wiley & Sons, Inc., of New York, and is the founder of the highly successful PF Chang’s Arizona Rock n Roll Marathon in Phoenix, Arizona, and the Rock n Roll Marathons and Half Marathons in Seattle and San Antonio. The 2004 PF Chang’s Race was the largest first time event in history, with over 29,000 participants.

Known as the "Bowl Director of the 80's," Skinner was instrumental in the Fiesta Bowl's successful bid to crack the New Year's Day bowl-game lineup, moving the game to January 1st in 1982.  In 1985, the bowl signed a landmark agreement with Sunkist Growers to serve as title sponsor.  The title sponsorship agreement served as a model which many other bowls later followed.

He also served as the Chief Revenue Officer for the 2016 College Football National Championship Game that was held in Phoenix in January of 2016.

Skinner has sold sponsorship in a small market (Port Angeles) for 29 years, serving as the Executive Director of the Olympic Medical Center Foundation, which stages six events annually.

Website:https://www.wfea.org/
Email: This email address is being protected from spambots. You need JavaScript enabled to view it.